It's been a crazy June but July looks promising. I'm headed to East 42nd Street, New York and the International Thriller Writers – Thrillerfest.

ITW is an organization of over 3,700 members, in 43 countries with 3 billion books in print...and I'm one of them.

My youngest son, Michael, will come with me. He's on vacation from L.A. and is just what I needed  as I traverse the corridors and rooms of the Grand Hyatt Hotel looking for suspense and mystery. Just kidding, he's going to explore New York with his camera while I'm networking and learning. 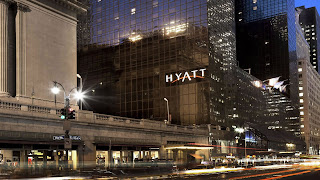 I've also been selected to be on a panel on Saturday afternoon discussing, with fellow authors, the prompt of: "Plotter, Pantser, or Hybrid?  After much analysis of my writing, I've decided that I'm a combination of a 'pantser' and hybrid. I tend not to stick with a detailed outline, I enjoy the spontaneity of twisting and turning my characters.  Barnes & Noble will be selling and hosting author signings for all panelists in the bookroom of the hotel. It should be fun.

Since my publisher closed its doors on June 1, 2016, I'll be meeting with several agents/publishers at the conference looking for a home for my third historical novel, The Old Cape Hollywood Secret.  Don't worry, you can still buy my other novels, The Old Cape House and The Old Cape Teapot on all the sales channels as before.

I've also had the honor of becoming the President of the Cape Cod Writers Center.
CCWC is a very prestigious source for writers here on Cape Cod and nationally. Our upcoming 54th conference will be held August 4-7, 2016.       Cape Cod Writers Conference

Some interesting trivia about the Grand Hyatt Hotel

* Built in 1919, it was called The Commodore Hotel and named after 'Commodore' Cornelius Vanderbilt. He owned The New York Central Railroad.

* It had, 'one of the most beautiful lobbies in the world'. One of the ballrooms had a circus act of elephants perform.

* Trump bought the hotel in 1980 and modernized it. Then he covered all the wonderful architectural details with glass.

Sounds a bit too modern for me but I'm excited to see it.

Wish me luck and have a safe July 4th!
Posted by Barbara Eppich Struna at 2:44 PM No comments: