Can you still find treasure? 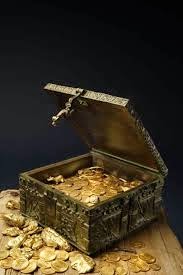 Treasure can be found anywhere. You could discover it in an old pirate chest, at the bottom of an abandoned well, behind a wall, at a garage sale, or...


...find it upstairs in your attic. 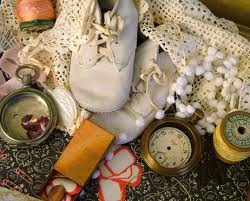 My point is that it IS possible to find hidden treasure in the 21st Century.
With the ongoing success of selling The Old Cape House, I have opened myself up to a wide range of readers across the world. The reviews are coming in fast and furious, with many 5 star reviews and a high percentage of readers liking the story...but a few, not so much. One reviewer said she liked the plot and the characters but thought, (spoiler alert), finding treasure was silly and doesn't happen anymore. Her comment inspired me to write this blog. Now that's a treasure in itself. Here are some examples of finding treasure. 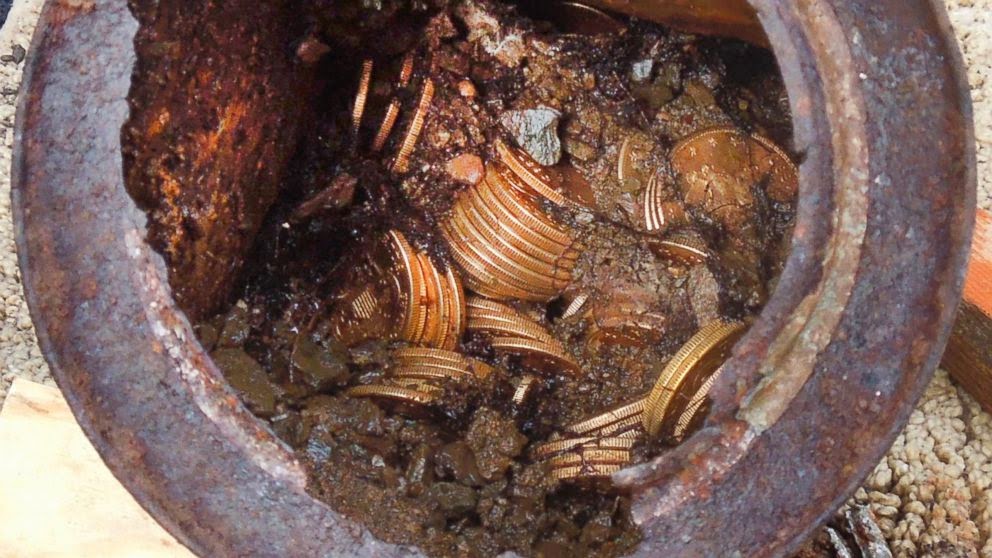 In February 2014, a California couple found old tin cans on their property filled with rare coins having a value of 10 million. The couple, who remain anonymous, had walked the old hiking path on their land for many years. One day the edge of a can appeared and they simply dug deeper! 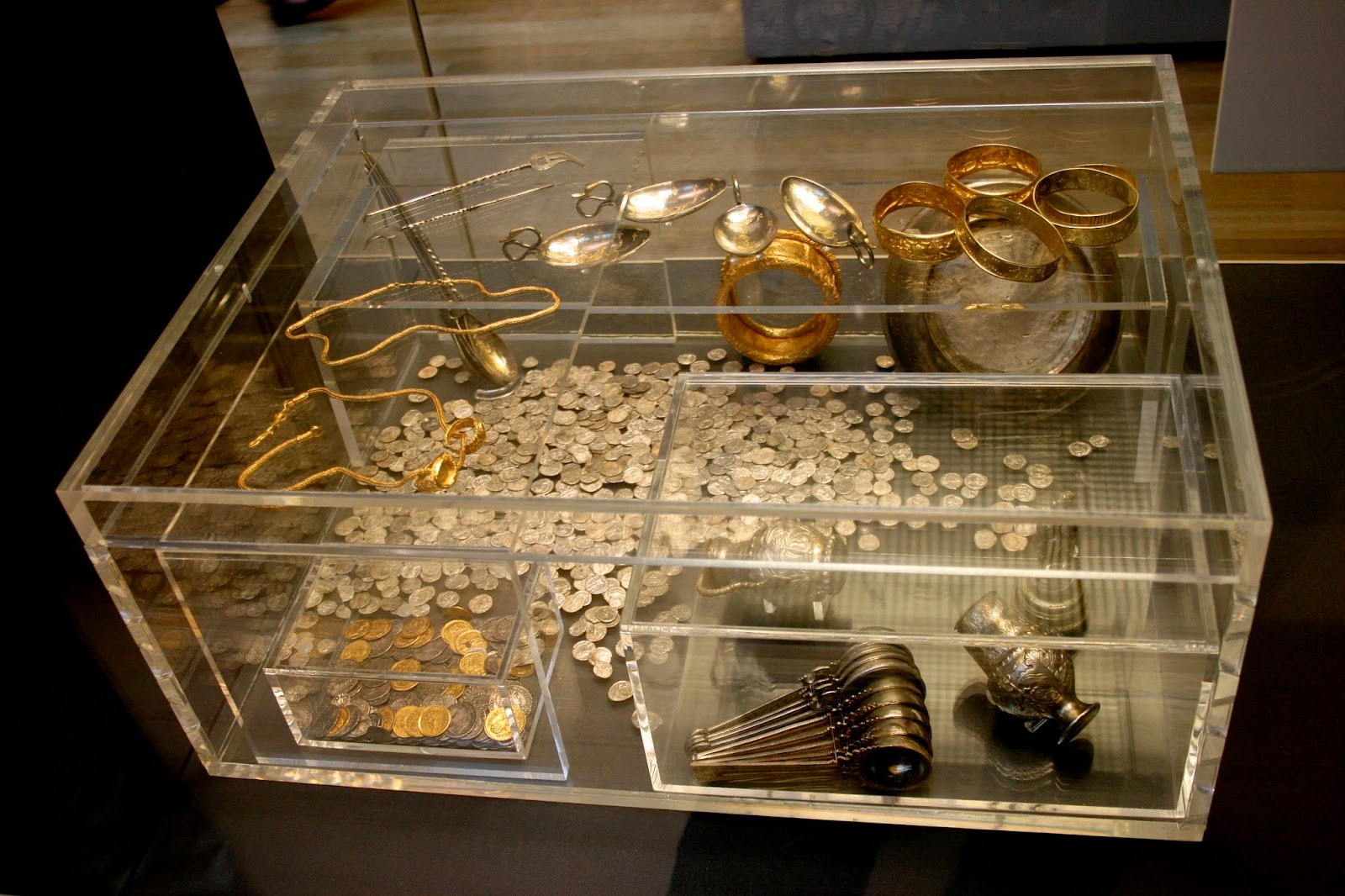 In November 1992 a farmer, living in the village of Hoxne near Suffolk, England, lost a hammer in his fields. A friend used his metal detector to help him find it. They found under the dirt a wooden box and inside was a cache of gold, silver, gemstones, and artifacts from the Roman Empire. In the image above is a representation of how the box's contents were positioned. The British government declared it a treasure trove and legally claimed the riches for the country. But the farmer and his friend still met with financial success. The British government paid them about 2.8 million. Currently the treasure is on permanent display at the British Museum. 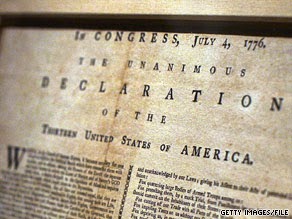 We've all heard of the man who bought a $4 painting at a garage sale and inside was a copy of the Declaration of Independence. He sold it for 2.4 million. Then another man bought some items at a thrift store in Nashville. His purchase included a salt and pepper shaker set, a candle holder, and a yellowed copy of the Declaration of Independence for $2.48. He received over $476,000 for an original copy of this famous document...his initial cost was $2.48  Considering there are 200 official copies of the Declaration and only 36 have been found since 1820, there's a good chance you could find one.

If you're still doubtful about finding treasure, spend an evening watching WGBH's Antiques Roadshow and see what ordinary people are discovering.

Here's a sneak peak of the cover for my next novel ...coming to you in late October 2014. 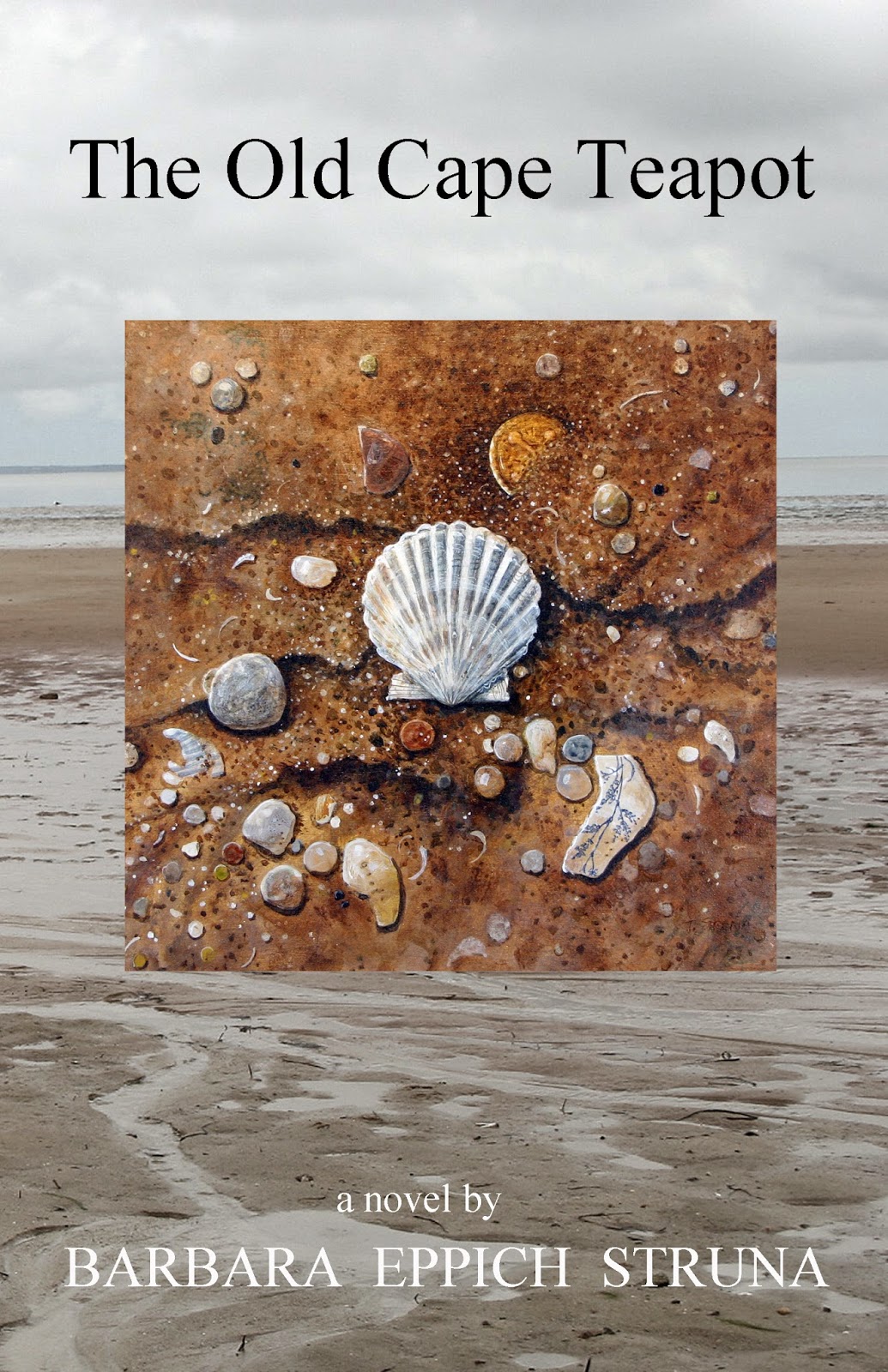 Nancy Caldwell found pirate treasure behind her Cape Cod barn in the historical fiction, The Old Cape House. Was she lucky or was it because she's a good detective? In The Old Cape Teapot, the second in a series of adventures, our heroine returns to uncover the trails of two survivors from the wreck of the 1717 pirate ship Whydah.  Nancy, armed with the knowledge that in pirate culture the looted riches were equally shared, takes us to the tropical island of Antigua and back to Cape Cod searching for clues to more treasure. But danger and conspiracy follow Nancy's every turn. This time, she'll need more than luck and a few good guesses.